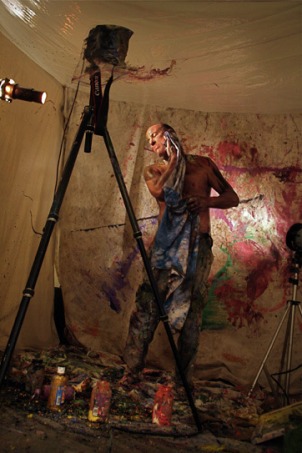 He worked as a newspaper photographer from 1977 to 2008 and was a finalist for the Pulitzer Prize three times prior to winning the award in 2004 for photographs made for The Dallas Morning News during the war in Iraq. He has also won two Robert F. Kennedy Journalism Awards and numerous regional, state and national honors.  During his years as a newspaper photographer, he specialized in war and social unrest, covering numerous global conflicts.

In 2000, he began shooting video for The Dallas Morning News, completing numerous documentaries. His videos won a National Headliners Award, a national Edward R. Murrow Award, and two regional Emmy Awards. He was also a finalist for Best Short Film at the
USA Film Festival.

In 2006, David was named Innovator of the Year in Photojournalism by American Photo magazine for his work in obtaining high quality still images from high-definition video.

Aside from his journalistic endeavors, David began working in art photography, with a focus on self-portraiture, in 1982. He was recognized as one of 32 emerging photographic artists worldwide for the 2007 "Festival of the Photograph." 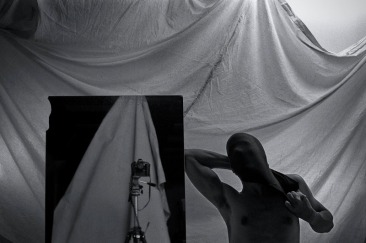 1986 self portrait by David Leeson